In the 1885, this country decided to create the first federal holiday to celebrate George Washington. This holiday fell on his birthday (Feburary 22). Many years later, in 1968, members of Congress passed the Uniform Monday Holiday Bill, putting all federal holidays on a Monday, as to not break up the the work week. In 1971, President's Day was officially shifted to the third Monday in February.

At this time, some people wanted to include Lincoln in the celebration (birthday = February 12), since many states were already celebrating his birthday on a separate day, although it was never a federal holiday. Some people think Nixon changed the day to "President's Day," but even today, the holiday technically only celebrates Washington's birthday. 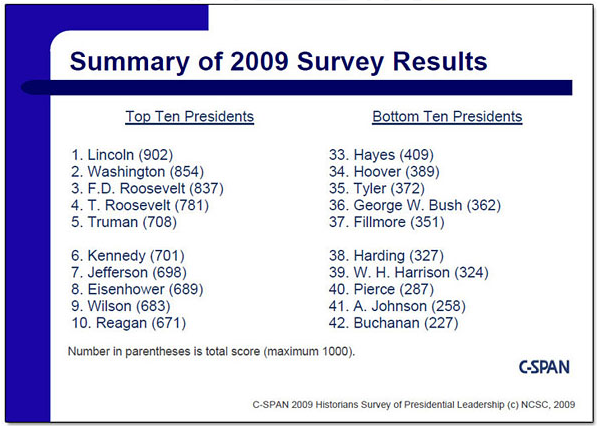 Want to learn more about the presidents? The Official White House website has a nice slideshow of the Presidents, or you can learn this rap:

No presidents are from Wisconsin
Not Truman, Eisenhower, Kennedy, or Johnson
We’re getting near the end, but it’s not getting harder
It’s Nixon, Ford, then Jimmy Carter

And of course, no celebration would be complete without a video of morphing presidents. Kinda creepy, kinda cool....

Posted by C. Mytko at 9:08 AM No comments:
Email ThisBlogThis!Share to TwitterShare to FacebookShare to Pinterest
Categories: misc

On Tuesday, February 10th, two satellites - one Russian and one American - crashed into each other nearly 500 miles over Siberia. This was the first "high-speed impact between two intact spacecraft", NASA officials said. The collision released an undetermined amount of debris into space. This adds to the already impressive collection of junk left in space over the last 45 years....

The article goes on to explain that at the beginning of 2009 there were roughly 17,000 pieces of man-made debris orbiting Earth. The items, at least 4 inches in size, are being tracked by the U.S. Space Surveillance Network, which is operated by the military. (Read more about space junk here.)

Want to learn more about space junk? You can play Space Junk - the game! 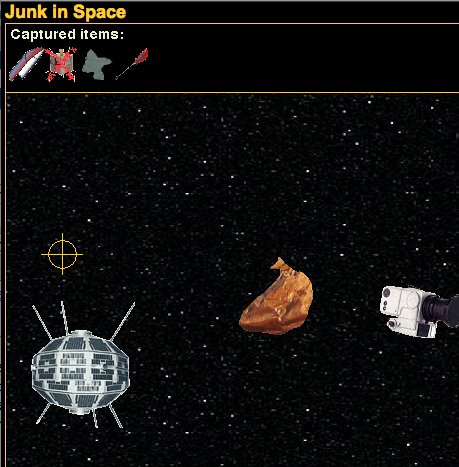 There's lots of junk floating in orbit about the Earth! 11 examples can be found in this game. See if you can capture them all by clicking on them as they pass by, but be careful not to capture too many things that aren't junk--if you get three strikes, you'll have to start over!

The game uses actual reported junk. For example, in 1984, a screwdriver was dropped during an American spacewalk and it became space junk for a while, until it was burned up in earth's atmosphere!
Posted by C. Mytko at 8:59 PM No comments:
Email ThisBlogThis!Share to TwitterShare to FacebookShare to Pinterest
Categories: news

a trucker and his duck

A truck driver from Minnesota brings his duck out on the job. The best quote?

"As stupid as it sounds, maybe if more people had a duck in their life... maybe we wouldn't be so mad at each other all the time."