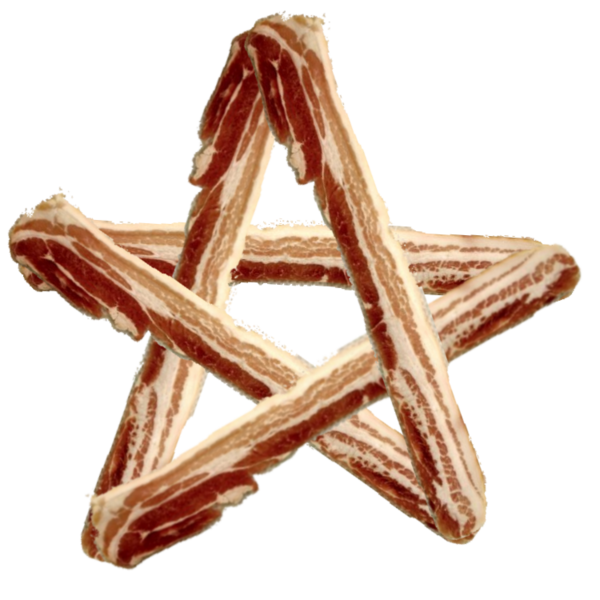 What is with this obsession with bacon? I've seen bacon scarves, bacon band-aids, bacon tape and even bacon wrapping paper. They even have bacon salt (a "zero calorie, zero fat, vegtarian and kosher seasoning that makes everything taste like bacon) and no-longer-available bacon flash drives. The site Archie McPhee sells 20 bacon-related products!

However, on April 5, J&D's wrote a blog post, exposing their hoax. There is no bacon flavored baby formula. However, a lot of people were fooled, including a news network and the Huffington Post!

(PS - Thank you, 6th graders, for making sure that I am not a hypocrite. This picture is Creative Commons, original image by user Porge. Modifications made by user Kelapstick.)
Posted by C. Mytko at 11:52 PM
Email ThisBlogThis!Share to TwitterShare to FacebookShare to Pinterest
Categories: misc

I love bacon but I'll wait for my baby to appreciate it when she grows permanent tooth. By that time, we'll raid ham and bacon melbourne small goods and enjoy them in due time. What's with the bacon-hype these days, anyway?