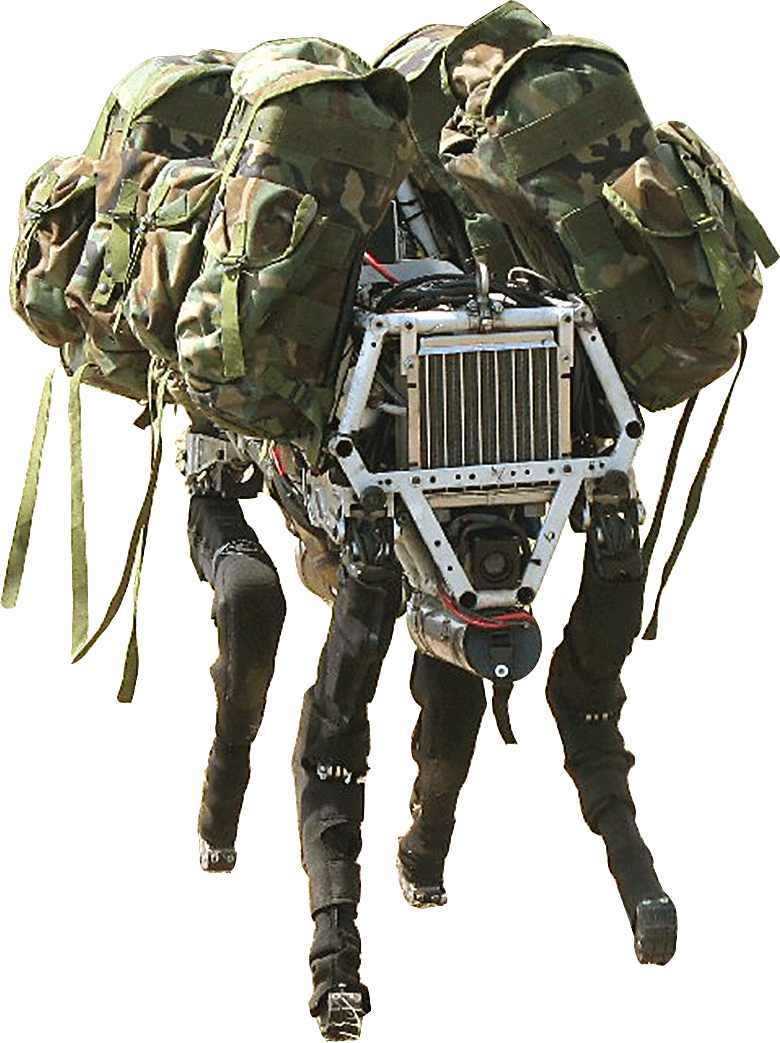 Boston Dynamics, an engineering company that specializes in robotics and human simulation, has created one of the most fascinatingly creepy things I have ever seen - BigDog.

This robot has a strikingly animal-like walk, due to its many sensors that help it judge its position, force and load. In fact, this robot can't be knocked down, although engineers gave it a good kick during the demo video.

BigDog trots at about 4 mph, climbs slopes up to 35 degrees, walks across rough terrain, snow and ice, and carries a 340 lb load. And it is noisy... it sounds like a hive of buzzing bees. BUT - it can carry packs where humans can't or shouldn't go, and won't get spooked by gunfire. And it's come a long way since the 2006 model.

BigDog is being developed with the goal of creating robots that can go anywhere on Earth that people and animals can go. The program is funded by the Defense Advanced Research Project Agency (DARPA). (DARPA is also funding a project to develop a robot that climbs trees?!)

The thing sort of creeps me out, but I strongly suggest you watch the video on the Boston Dynamics site, or catch it on YouTube.

And, of course, as with anything new, somebody's got to make a parody.